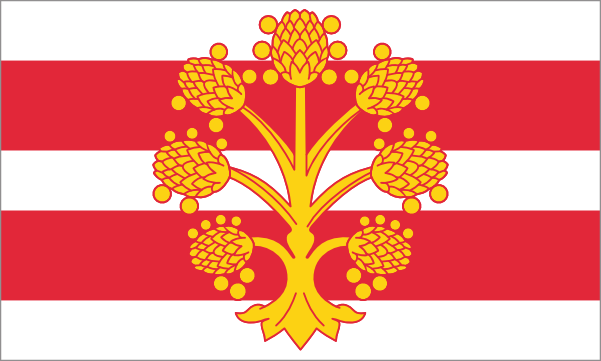 The design was developed in consultation with the Flag Institute and designed in accordance with the precepts of good flag design. The design is based on the shield from the Coat of Arms of the former Westmorland County Council. This Coat of Arms was by the College of Arms in 1926 and used by the council until its demise in 1974.

The two red bars on the flag are from the arms of the de Lancaster family, Barons of Kendal. These also featured prominently in the arms of the former South Westmorland District Council. The stylised and distinctive apple tree is from the thirteenth-century seal of the Borough of Appleby. Hence, the flag represents the two parts of the county. This design is already the de-facto symbol of Westmorland as used by many county organisations, and is now the official flag too.

Places to buy the Westmorland Flag